Overview Bars & Clubs
From Alpagalli to the Zino Platinum Cigar Lounge: discover all the bars & clubs in Davos Klosters.

The nightlife hype delivers what it promises

Davos is known for its nightlife, which resembles that of urban centres - and is within walking distance to boot. In addition, Klosters offers small but fine nightlife gems that captivate with their character.

Nightlife in Davos Klosters can begin in broad daylight. Especially in winter, there are numerous snow bars and sun terraces in the ski areas. First and foremost, the Jatzhütte on the Jakobshorn. Once you've skied down into the valley, the fun starts all over again: for example, at Davos' Bolgen Plaza. Once the sun has gone, the inside of the Bolgen Plaza turns into a party venue with a high flirt factor. At least until 7 pm. Then the party continues at the après-ski temple Chalet Bello, just 50 metres away, or later at the Tijuana Bar. You can safely leave your ski boots on the whole time. If you prefer a quieter atmosphere, drop by Stall Valär. The Bolgenschanze is also just a stone's throw away. It has long been a cult venue and is considered one of the best-known snowboard bars in Switzerland.

Après-ski lovers will also find the right thirst quenchers at the valley stations of Parsenn, the largest ski area in Davos Klosters. In Davos Dorf, it's worth visiting the après-ski pub Parsenn Gada - directly opposite the Parsenn cable car. Next door is the new pop-up Secret Mountain Davos with clubhouse, village, and restaurant. Another good starting point for a night tour of Davos is the Montana Bar. If you prefer the downhill run to Klosters, you can go directly to Graströchni, where coffee with a shot in a wide variety of variations provides the right atmosphere.

Those who prefer live music, on the other hand, should stop by the Hard Rock Hotel Davos on Fridays: During the Friday Night Live Music Sessions, national and international music stars and newcomers perform. Collector's items of famous show stars on the walls, such as a silk shirt of Elvis Presley or musical instruments of Bruce Springsteen and George Harrison, provide the right atmosphere.

In the trendy Pöstli Club, scene-goers shed their coolness - and dance to Abba and Led Zeppelin. Après-ski music is out of place here - as are visitors who come straight from the slopes in ski suits. The bouncers don't let anyone under 23 in and value well-dressed guests. You often meet stars here, such as HCD players or musicians from the "Toten Hosen", who mingle with the crowd in an uncomplicated way.

It is in the centre, everything revolves around it. Since 1965 it has not only been in the centre, but the centre of Davos night. The music in the "Ex Bar" is diverse - from rock to country, it's all there. The main thing is that the audience goes along. And it's a colourful mix and always in a good mood. It's also a great place to meet new people. Just because the place is often packed and people stand and sit close to each other.

The Dancing Casa Antica has been the centre of Kloster's nightlife since 1959. Generations of guests have partied here and celebrated the charm of the resort. The Casa Antica is still visited by many international guests today. During the week, the "Casa" is more of a classic bar. At weekends, DJs turn it into a dance hall. In the winter season, all guests over 21 years of age are welcome from 10 pm. In summer, the Casa Antica remains closed. 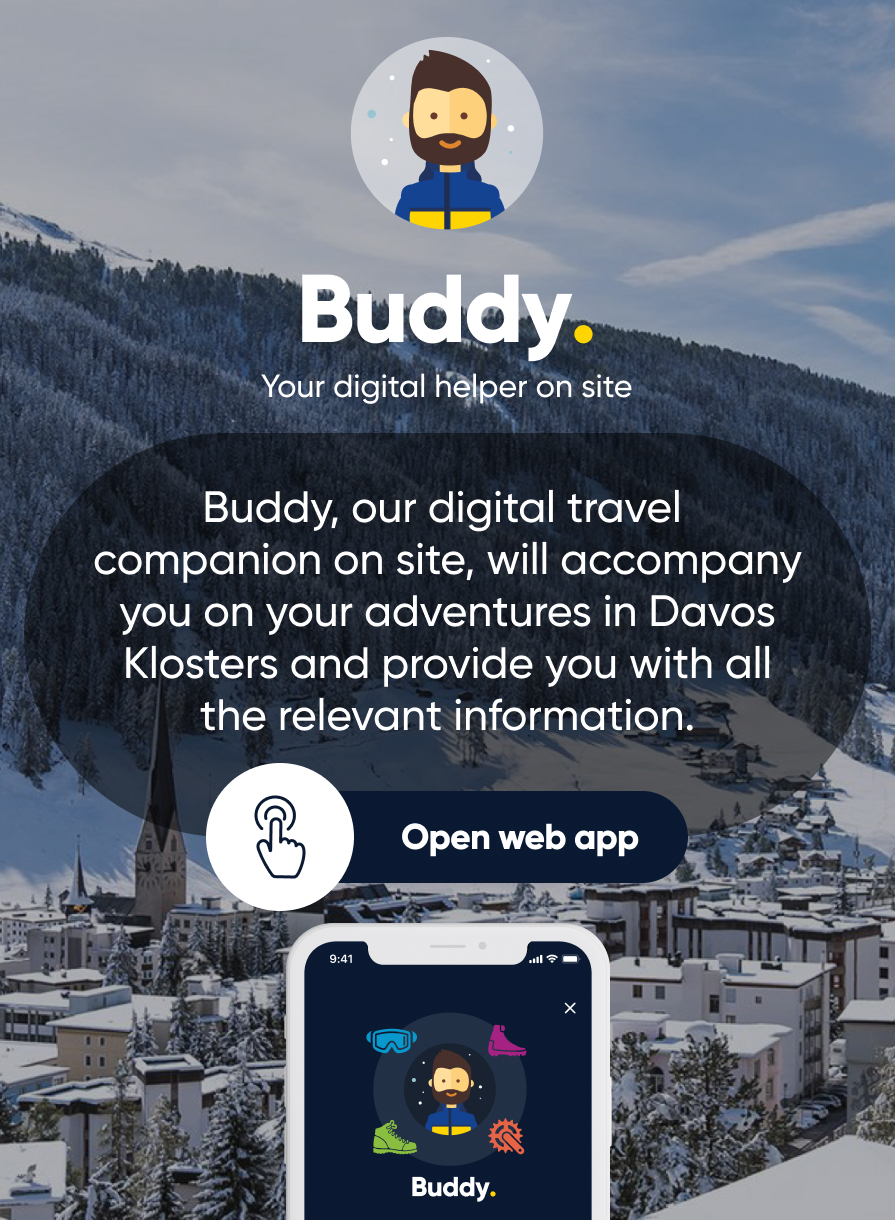 For groups and organisations

Everything for media representatives

Your idea for Davos Klosters

Get in touch with us directly by Live Chat
Contact us via WhatsApp!
1.

Write your question directly via WhatsApp.

Please note: we respond to your questions during opening hours of the tourist office .